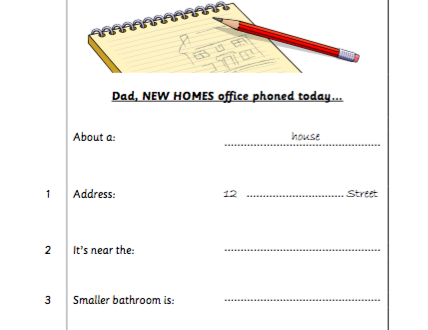 Let’s look at a different example this time, from Sample Papers 2, available here. 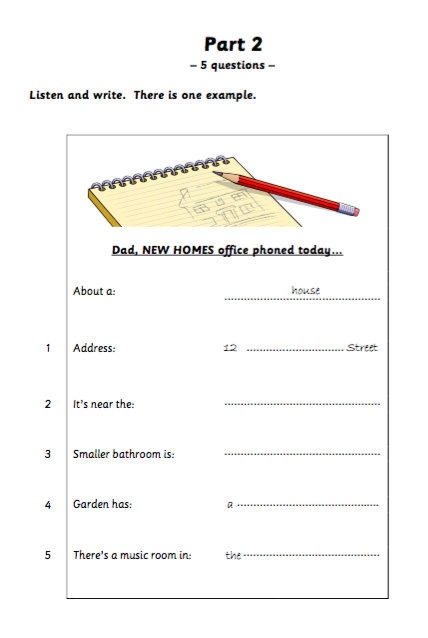 The picture and the title

In class, ask students to look at the title and the picture and ask them to say why the picture is a good illustration of the title.

In fact, this example is quite unusual, because we don’t really have a title, but rather a sentence to complete.  Another thing I find a bit unusual is that the word that is written in the example is a very easy one (house).

Tip:  Words to write (and words that appear in the example) tend to be words from the A2 Flyers or A1 Movers wordlist, not the Pre-A1 Starters wordlist.

The audio for the example 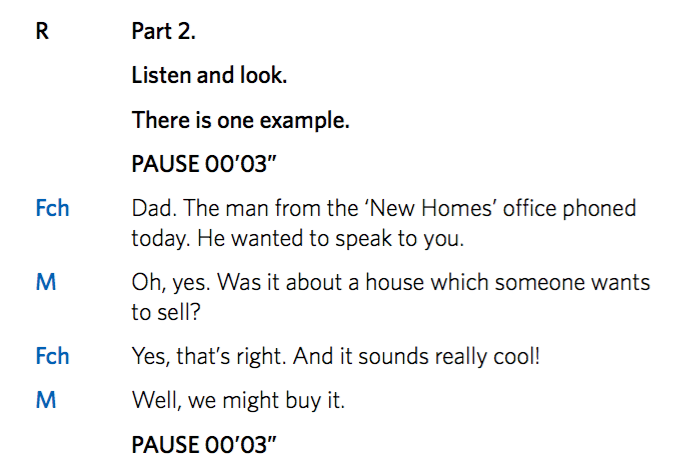 Play the audio for the example.  Ask learners if they are clear about who is speaking each time.  (They should be because usually there is an adult and a child speaking, AND they are usually 1 male and 1 female).

Here, as usual, there is an adult and a child speaking and one is a woman (female) and the other is a child (boy).

Ask learners if the word they need to write is the same as the word on the audio. (It is – although the words around are very often different.) 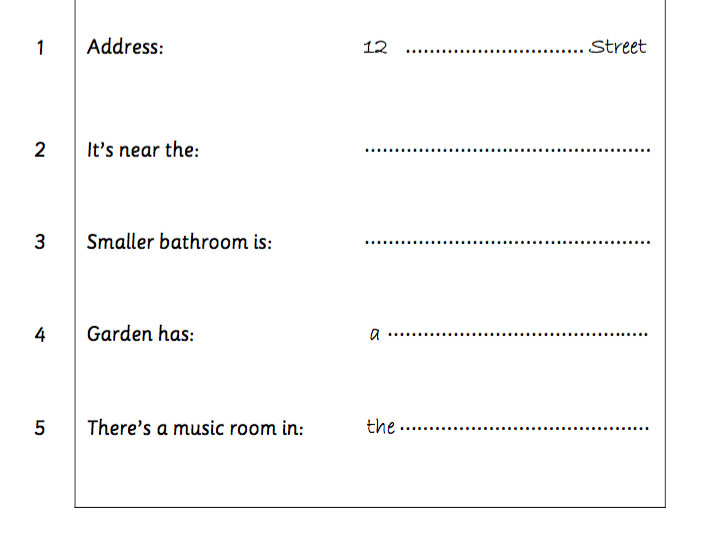 Tip: Look through the information and think about what kind of words are missing.

3  Part of a building?  A floor perhaps?

5 Part of a building?

Ask learners to guess the answers, to write a possible word on each line.

3  Part of a building?  A floor perhaps?  downstairs

Then, play the audio and see if anyone guessed correctly. 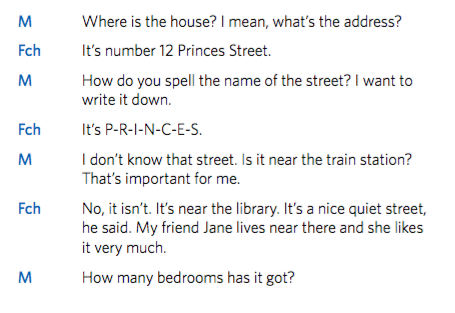 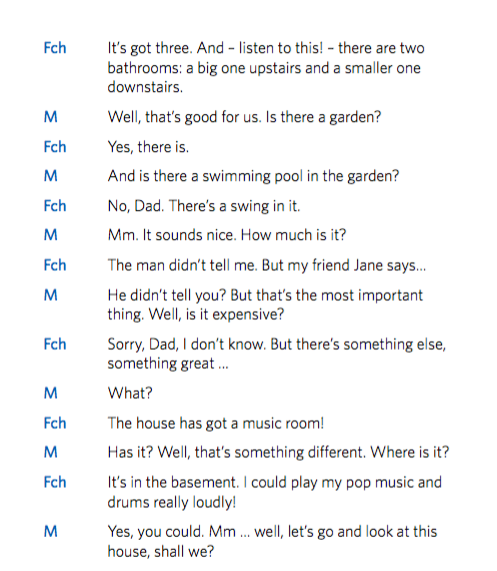 I managed to guess two of the answers!  The smaller bathroom IS downstairs, and the music room IS in the basement!

By asking learners to guess and predict answers, we are training them to use their logic and to activate the language they know.  A very important part of being a successful language learner and test taker!

As you can see here, the name of the street is spelled out on the recording.  This means that the spelling for 1 must be correct.  ‘Princes’ is not on the A2 Flyers wordlist, so it is spelled out, as would any word not from the wordlist.

Tip:  If the name of a street, place, shop, is not spelled out, then recognisable misspelling may well be accepted and given the mark, especially if the word is new at A2 Flyers level.

For example, let’s say that the name of the Street is ‘Pond Street’ or ‘Storm Street’.  ‘Pond’  and ‘Storm’ are new words at Flyers, so if learners don’t hear the spelling of these words, then probably (I don’t correct A2 Flyers Tests so I’m not saying definitely here!) if they write ‘Pon Street’ or ‘Storms Street’, they would get the mark.

Answering all the questions

Tip: Just as with any other Part of any Cambridge Assessment English exam, my advice (or rather, instruction) would be to always put an answer.  As we’ve seen, sometimes you can guess an answer!

Tip: In this Part, questions will often test days of the week and months.   So make sure your learners know the pronunciation of these and how to spell them!  Especially the more difficult ones like Wednesday and Tuesday and Thursday! January, February and August too!

I’ve mentioned distraction as a testing tool in previous posts like the one about How to do well in A2 Flyers Listening Part 1.

In this example, we don’t hear a correction that is often heard on the audio.  For example, one speaker will say ‘Thursday.  Sorry, I mean Friday.’  Learners might write ‘Thursday’ because that’s the first day they hear.

Tip: Listen for the word ‘Sorry’ – it often means that the right answer is coming next!

I hope you find these tips useful and will pass them onto your students.  Part 2 is probably the most difficult part of the A2 Flyers Listening Test, so any help we can give our learners is useful I feel.