Activities for integrating the topic, getting students to use the language in situations that should be meaningful for them.

And also, to take them ‘behind the scenes’ of the tasks used in the Cambridge B1 Preliminary Listening Test.

The Sample Paper I used for the activities is taken from the B1 Preliminary for Schools Sample Paper and is available on the Cambridge Assessment website.

1 What’s in the pictures?

Learners listen to the five conversations and for each question, write the things that could be in the three pictures.

For question 1, this could be: chicken, burgers, sausages

Tip:  If your students are just starting to prepare for B1 Preliminary or just moving up from A2 level, let them read the tapescript as they listen to the recording. 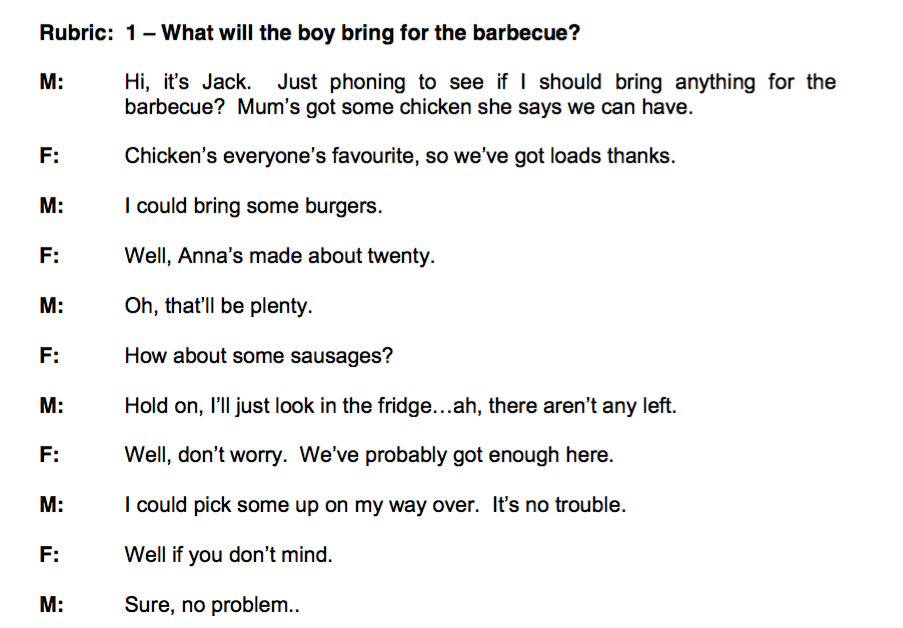 Remove the question from the tapescript and from above the pictures.

Show students the tapescript and/or show them the pictures and ask them to say what the question could be.

For the conversation above (the barbecue), questions could be:

What has Anna made?

What should Jack buy?

Where did the boy hurt his ankle?

Which part of the boy’s body did he hurt when he fell?

What’s the matter with the boy?

What can the visitors see first?

What will the visitors see next?

What will the visitors see last?

Where did the motorists see the zebra?

Which place did the zebra walk through?

Where did the zebra go to eat grass?

Interestingly, this question doesn’t really lend itself to alternative questions!

Which game is it difficult to stop playing?

Which game is not very new?

Which game is not very attractive to most people?

Which sport did the boy do a course for last year?

Which sport did the boy do for the first time?

Which sport did the boy and his brother do together?

3  Taking the task and theme further

After listening to the conversations, it is a good idea to reinforce the connection with real life by doing some follow-up activities.

For question 1, this could be one or more of the following activities: