Today, I’m going to share some tips to help learners do well in Parts 1 and 2 of the Pre-A1 Starters speaking test. 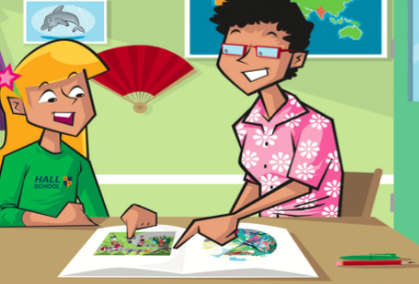 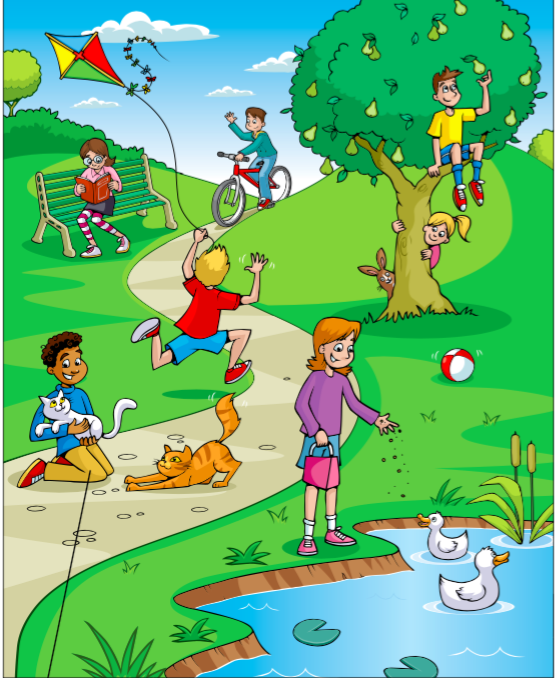 Next, the examiner places a big scene picture on the table and says a couple of sentences about it.  e.g.  Look at this.  This is a park.  The children are playing.

Then, the examiner points to something in the picture and says what it is:

Then, the examiner asks the learner to find two things in the picture (one singular, one plural):

Where are the ducks?

There are three ways to answer these two questions:

1  The learner points to the bag and the ducks, without saying anything.

2  The learner points to the bag and the ducks, and says ‘Here‘ as s/he points to both things.

3  The learner says where the things are in the picture, with or without pointing.

The bag is in the girl’s hand.

The ducks are in the water. 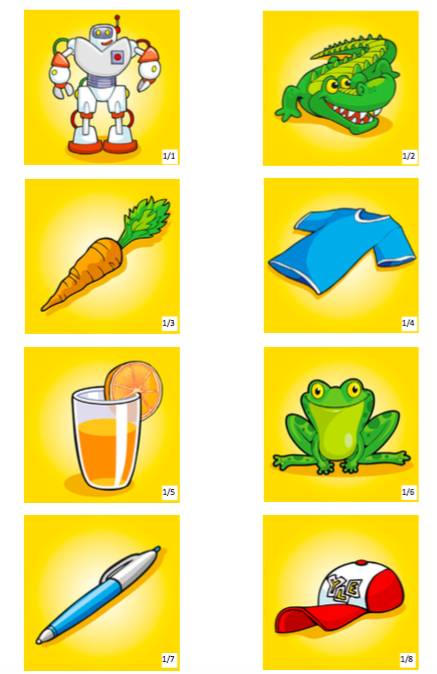 Which is the pen? (learner points to the pen).

Which is the frog?  (learner points to the frog card).  Put the frog under the kite.  (Learner puts kite card on the kite).

The examiner then removes the object cards and points to some things and people in the picture.

Examiner:  (Pointing to the orange cat.)  What’s this?

Examiner:  What colour is it?

Examiner:  How many cats are there?

Learner:  Two.  There are two cats.

The minimum correct responses are shown in black.  What more confident learners could do is answer with longer sentence, which I’ve highlighted in bold and purple.

But the real opportunity for learners to show the language they know comes next.

Examiner: (pointing to the boy with the kite) Tell me about this boy.

To help learners to say more (and feel more confident), you can train them to think of different structures to give them ideas.

So, for this boy, learners could say:

He’s got yellow hair. He’s running. He’s wearing a red T-shirt and blue shorts. He’s in the park. He’s happy. He likes flying his kite in the park.

We have six sentences here. Obviously, your learners don’t have to say six sentences, but if they have practised creating sentences with the different language, then it should be easy for them to think of things to say on the day of the test!